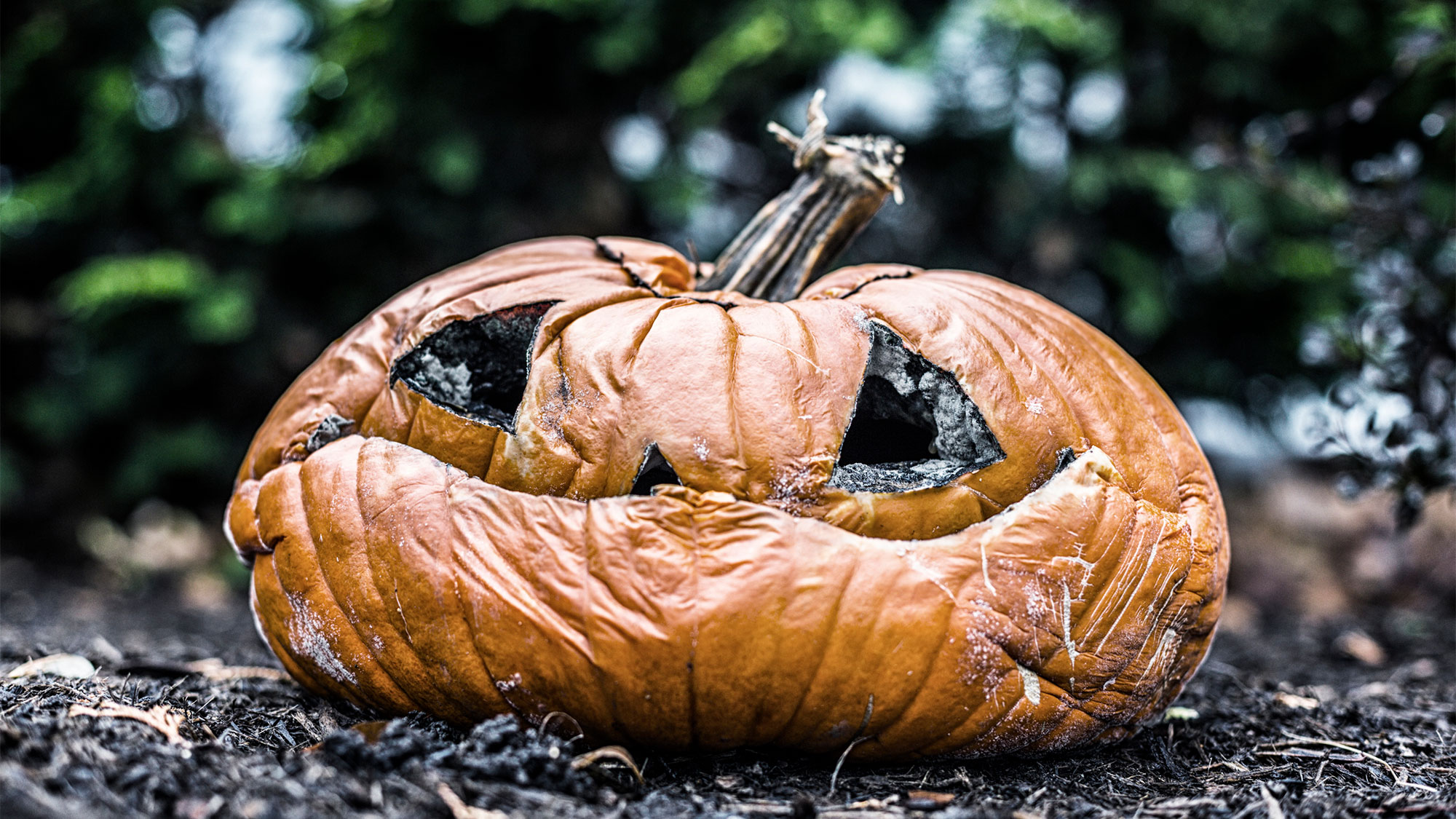 As Halloween nears, strange things start creeping up in neighborhoods across the country. Zombies hang from trees, inflatable pumpkins pop up on lawns, and freakier-looking clowns start appearing in schoolyards and supermarkets (oh wait, that last part actually began way before Halloween).

t’s unquestionably a fun holiday to decorate for. But what if you’re trying to sell your house? Just how far can you go with Halloween decorations if you don’t want to truly scare off buyers?

Experts say you don’t have to forgo all festive decorations, but you do have to choose them wisely. In general, decorations should be neutral. Think scarecrows, pumpkins, and hay bales. As for what not to do, well, it’s easier to show you.

Here are some decoration routes to avoid if you don’t want to spook buyers. (If they’re scared off by the price, that’s your problem.)

“Gruesome scenes of death and zombies are definite no-nos,” says Paul Sian, a Realtor® with Cincinnati and Northern Kentucky Real Estate. “People with young kids will be very unappreciative of decorations that depict murder, gore, and more.” At least we hope they will be.

And speaking of kids: Anything that depicts dead ones, even if they’re kinda creepy cute, probably isn’t going to go over too well with parents, either. You knew that, right?

We’ve already said blood is a no-no, but just in case we weren’t clear, writing scary messages in gory-looking red paint—even something as chipper as “Happy Halloween”—is a bad idea, too. It’s fine and dandy if you’re just trying to give trick-or-treaters a fright, but to prospective home buyers, this graffiti-style treatment just looks messy, and screams “go away.” 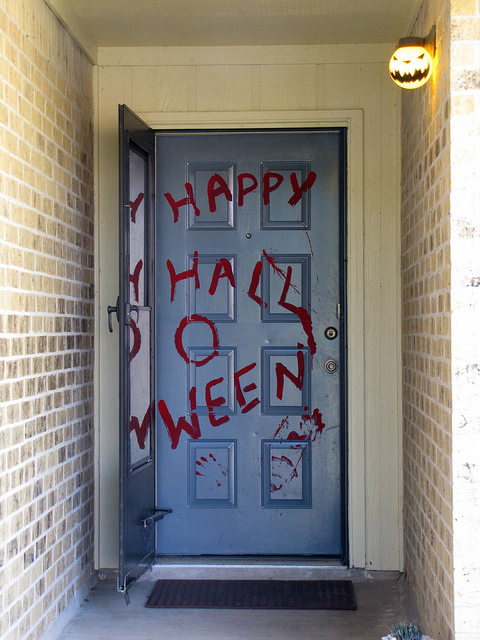 Pumpkins whose time has come—and gone

If you’re going to use real flowers, pumpkins, and other perishable decorations, make sure to keep them looking fresh. No one wants to see (or smell) produce that’s well past its prime.

It might seem obvious, but politically themed decorations are a definite don’t. This election is plenty scary enough already.

While no Realtor we interviewed mentioned this season’s scourge, terrifying clowns, we’re going to go out on a limb and say it: No creepy clowns—even if your house isn’t on the market. Talk about the stuff of nightmares… 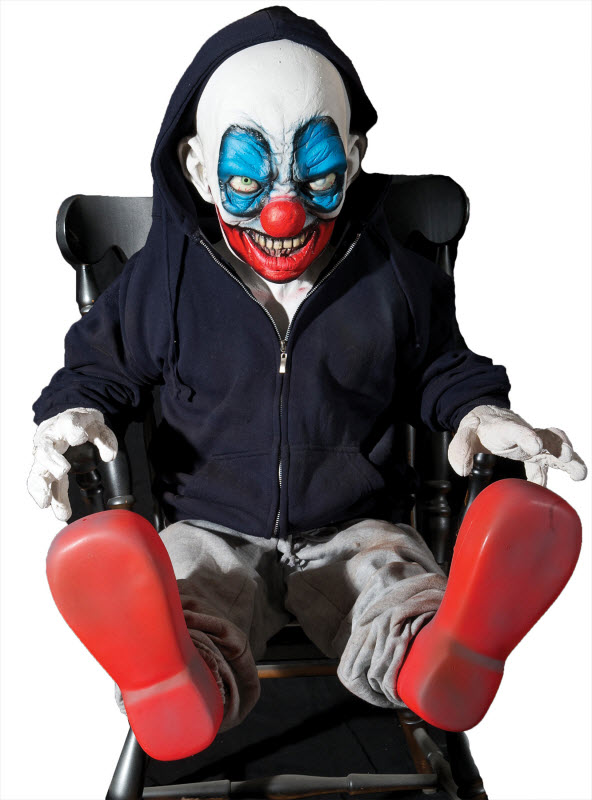 Too many decorations, period 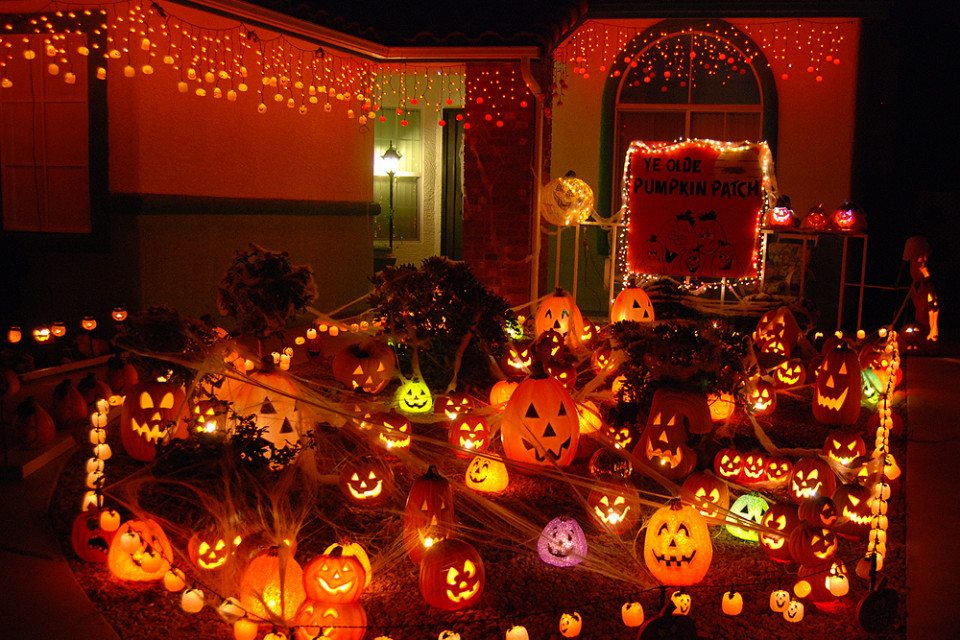 If your Halloween dreams have just been crushed, fear not. Tracy Hampson, a Realtor in Santa Clarita, CA, says if you or your kids are devastated without the scary stuff, you can always put out the gory decorations on Halloween night.

“Otherwise, unfortunately, your home isn’t really your home anymore when you’re trying to sell it. You’re trying to put your best foot forward.” And that means a foot that’s not covered in zombie entrails.