How Will Angelina Jolie And Brad Pitt Split Their Real Estate 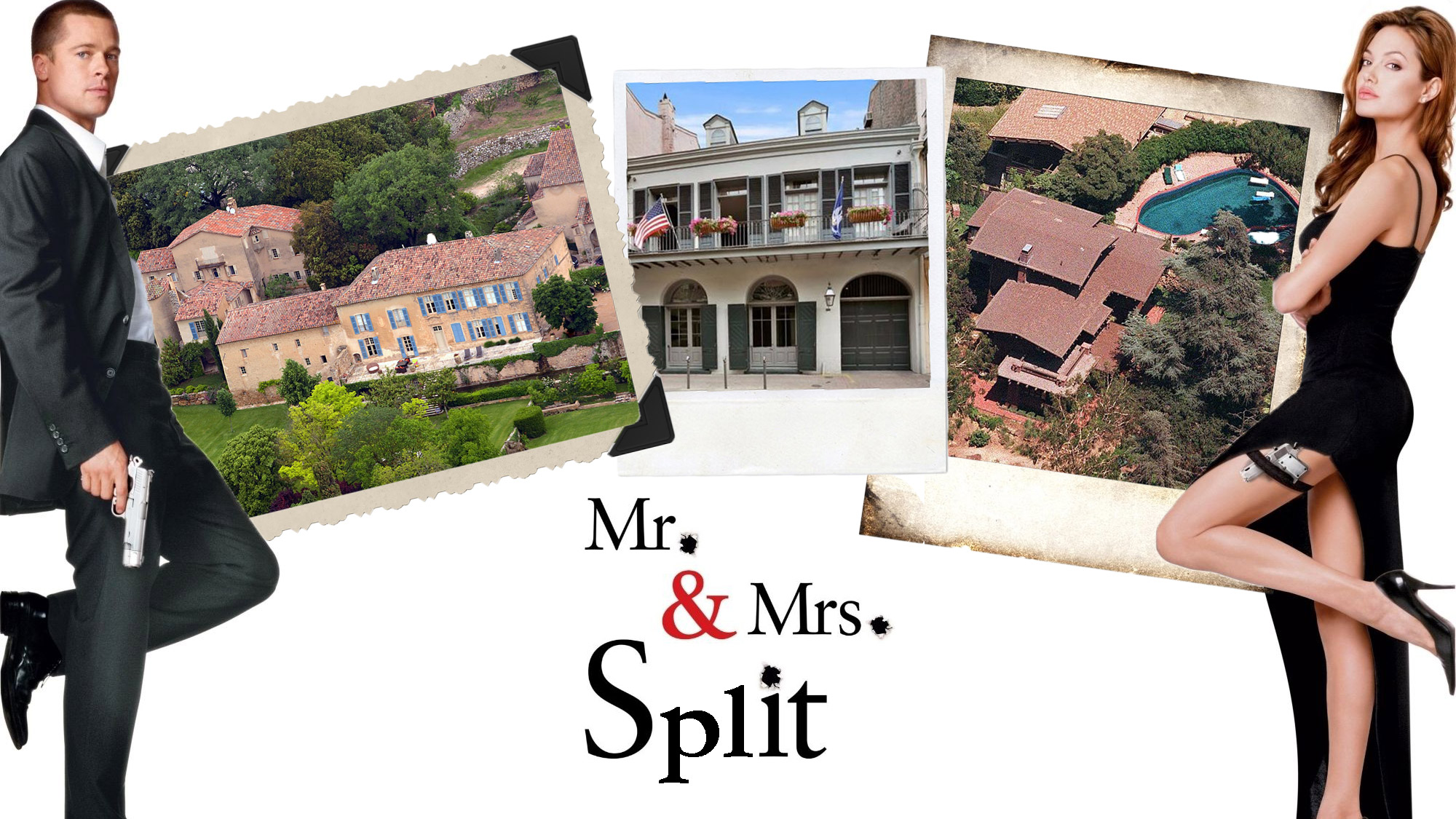 Yes, yes, we’re all quite upset over global warming, terrorism, urban strife, racial intolerance, and the most depressing presidential campaign in American history. But let’s take a moment to focus on something truly earth-shattering.

Brangelina is no more.

After turbocharging the paparazzi as, arguably, The Tinseltown Couple over the past dozen years (Sorry Bey and Jay Z!), Angelina Jolie has filed for divorce from Brad Pitt, citing “irreconcilable differences.” And while rumors are already flying about what those “differences” might be (Pitt’s coziness with his “Allied” co-star Marion Cotillard, perhaps?) and what will happen to their six kids (Jolie is reportedly seeking full custody), we’re focusing our well-honed Brangelina obsessions in a different direction: How will the ultimate power couple divvy up their real estate?

It’s a complicated question, in part because the couple live, well, everywhere. Their combined wealth, reportedly totaling around $400 million, is largely tied up in real estate holdings all over the world. Still, rumblings are already afoot on who will get dibs on which property. Here’s where we’d put our money.

When the Brangelina brood aren’t globetrotting, their main digs are in East Hollywood bordering on Los Feliz. Pitt bought this megamansion in 1994 for a reported $1.7 million, and lived there with wife Jennifer Aniston until their divorce in 2005. After Jolie and the kids moved in, Pitt bought up surrounding property and added a park with an area to ride ATVs. 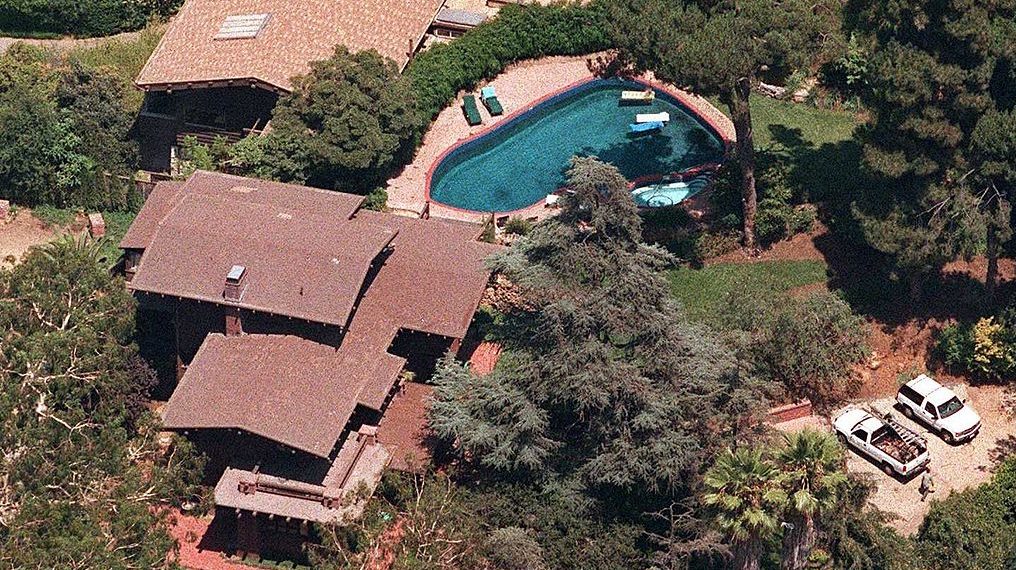 All in all, we think Pitt will keep this place because he goes further back with it.

According to Dolly Lenz, a New York–based celebrity real estate broker who has worked with Jolie and Pitt as well as Leonardo DiCaprio, Bruce Willis, P. Diddy, and others, “Angelina won’t want to be [there] in California plus the house will remind her of him.”

But not all agree.

“That’s the one we think it’s most likely Angelina will keep,” says Mark Coleman, co-owner of Coleman Rayner photo agency which has made it their job to follow Brangelina from place to place. “Based on aerial photos, she’s been spending a lot of time there with her brother. It’s really decked out for the kids, with skateboard parks and all kinds of delights.”

Still, you also have to weigh the fact that Jolie seems, at times, to be just plain overHollywood. (Can you blame her?) According to the New York Post, “She has increasingly wanted to quit Hollywood in favor of devoting herself full-time to traveling the globe for her humanitarian work, while Pitt prefers Tinseltown and its parties.”

One piece of property that will likely go to Jolie? Château Miraval, their 1,000-acre estate and vineyard in Provence, France. The couple leased this place in 2008, then bought it in 2012 for $60 million. This home holds a special spot in Jolie’s heart because of her mother, Marcheline Bertrand, who was of French Canadian descent.

Before Bertrand died of ovarian cancer in 2007, “Angelina promised her mother … that she’d get married in France,” a source told The Daily Mail. “They were so extremely close, and this is Angie’s way of honoring her.”

They held their wedding at, you guessed it, Château Miraval. So, we can see why Jolie would want to hole up here to get over her broken heart.

Another bonus: Any humanitarian work she does in African or Asia will be a quick plane ride away.

“The French property will go to her because she’s the one who’s much more involved going to Europe,” says Lenz. “She wants to make that the center of her universe.” 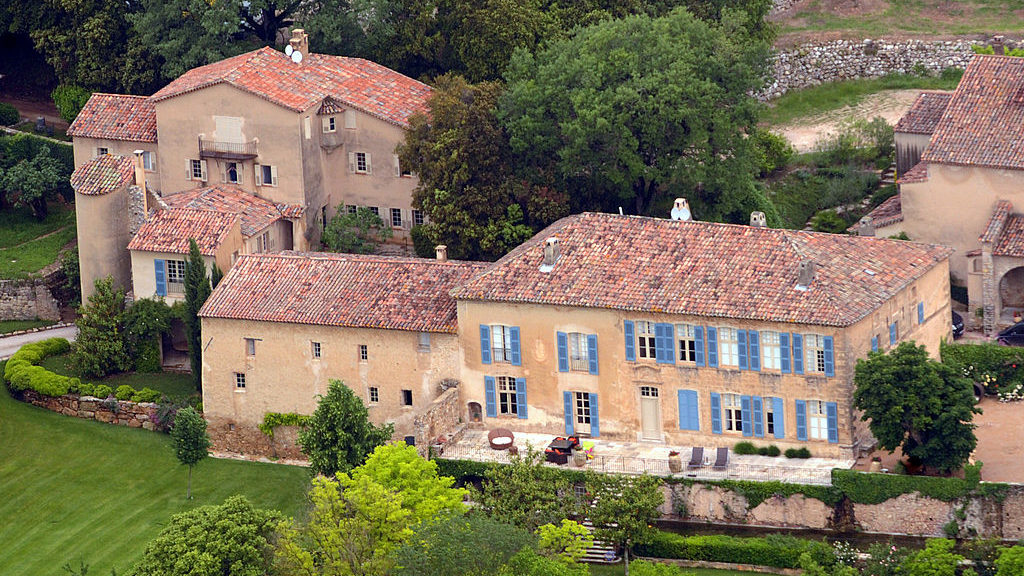 Hey guys, Pitt has humanitarian hankerings, too! After Hurricane Katrina hit in 2005, he founded Make It Right to rebuild New Orleans. In 2007, he purchased a mansion in the French Quarter of New Orleans for $3.5 million. However, the couple put the 7,645-square-foot home up for sale in May 2015 for $6.5 million.

“This area was very important to Brad, but his charity has hit the skids and he’s less involved,” says Coleman. “It’s just not a place where they spend much time.”

Still, though, if it sits, we think this will go to Pitt purely because this area’s his baby. In fact, New Orleans residents once tried to make him mayor, a role that he said he’d still be happy to accept. 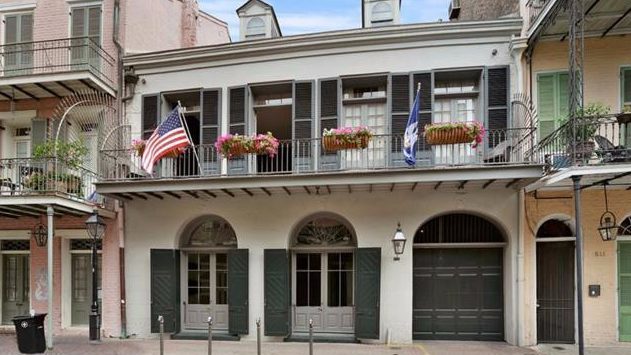 Aside from these major holdings, the couple also own a place in Springfield, MO, close to where Pitt’s parents settled down a half-century earlier. So that place will likely go to him. Meanwhile, Jolie reportedly purchased a place in Laurel Canyon, CA, in 2007, so that will likely stay with her.

We’d wager she will also hold on to the $5 million vacation home she bought in 2000 in Santa Barbara, next to Gaviota State Park.

And those are just the biggies—odds are there are many more properties hiding across the globe that they’ll have to divvy up, too. Talk about a headache!

“Divorce is complicated, but real estate coupled with divorce is even more complicated when you have the assets that this power couple has,” says Florida Realtor® Cara Ameer. “This is going to take some very sophisticated attorneys to work out, balancing the needs and wants of each sides, especially if there’s alimony and hefty child support expenses in the mix.”

Probably the easiest solution is to liquidate what they can. But what happens if theyboth tend to be really attached to one of their particular properties and want to keep it?

“They could work out a time-share type of agreement for each place,” Ameer suggests. That, of course, brings up sticky questions about houseguests: Will Pitt’s ex Gwyneth Paltrow (also now single) be allowed to visit? How about Jolie’s ex Billy Bob Thornton? Stay tuned, Brangelina fans.