Learning From The Storm Are We Prepared For The Next Hurricane 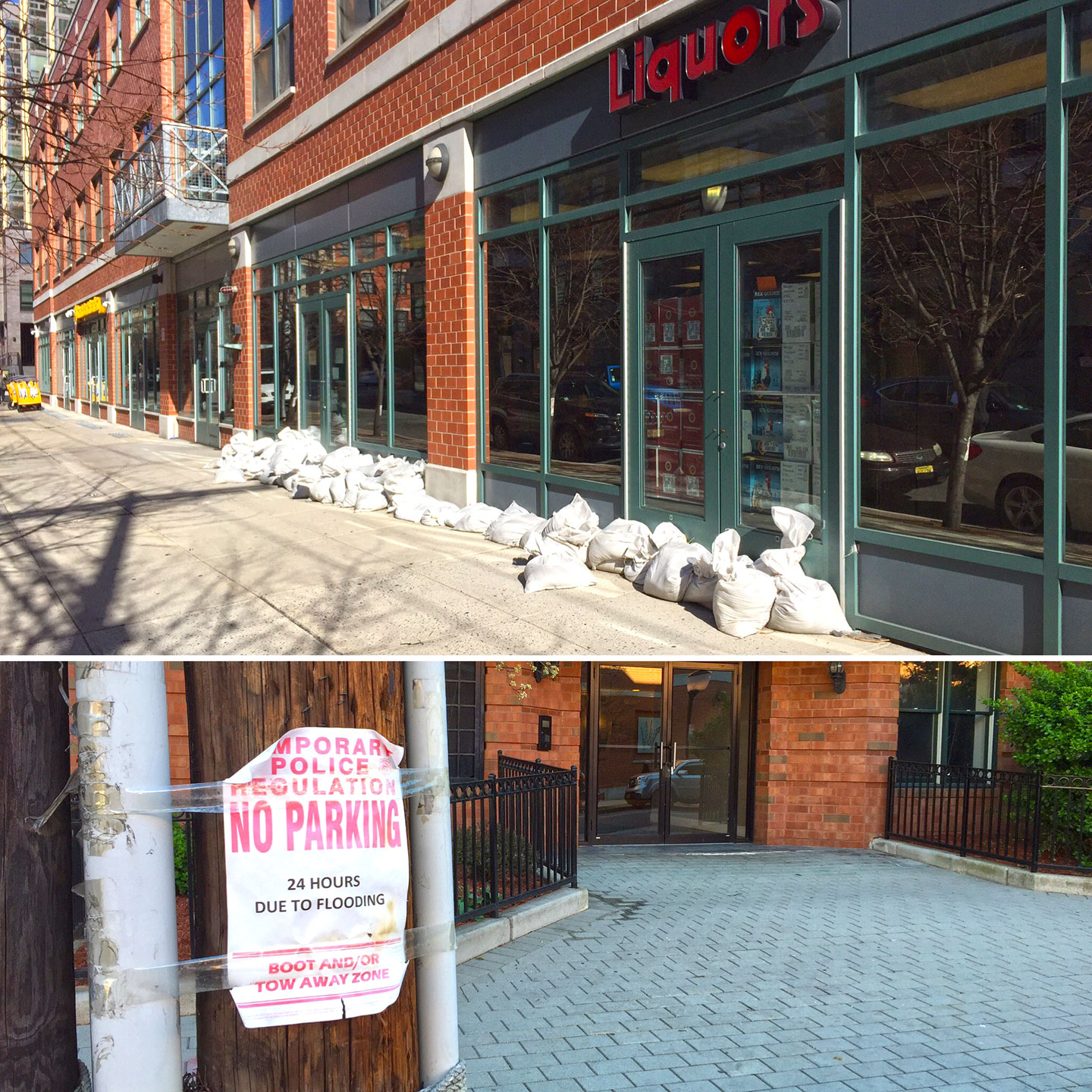 Taking a ferry to the Statue of Liberty or Ellis Island may be a memorable experience for visitors to Liberty State Park, but an assessment of the surrounding area reveals the challenges our communities continue to face in regards to flooding.

Hurricane Sandy struck the New York Metropolitan area seemingly ages ago in 2012, but the Central Railroad of New Jersey Terminal, formerly used as a ticket booth and waiting area for ferry passengers, still remains closed. The historic train station had six feet of water flood its interior during the storm surge and while much of Hudson county has recovered from Sandy’s wrath, ongoing repairs at the building demonstrate our vulnerability to future weather events. 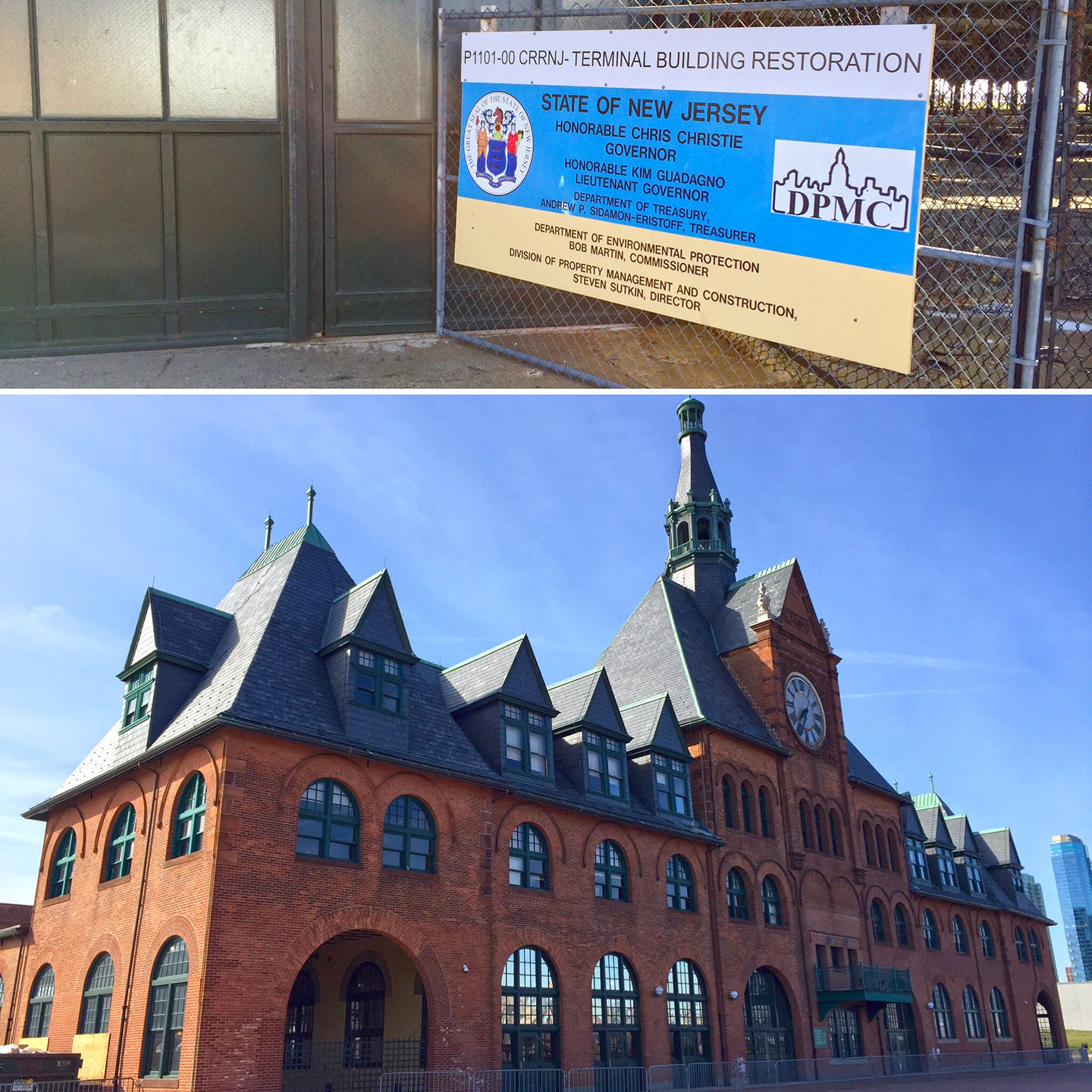 The public sector has responded in a few ways to the reality that many of Hudson county’s most desirable neighborhoods lie in flood zones. NJ Transit announced in September of 2014 that they will modify an area near Hoboken Terminal known as The Long Slip. The $146 million project will take a 2,000-foot former barge canal on the border of Hoboken and Jersey City’s Newport neighborhood and fill it to an elevation above the Federal Emergency Management Agency (FEMA) base flood elevation.

NJ Transit will also construct six new tracks on the filled area, which they say will help restore commuter rail services faster during future storms. They have started preliminary work on the project, which is on target for a 2020 completion date.

Protecting waterfront cities from breaching rivers is part of a potential solution, but flooding still occurs in certain neighborhoods during strong rain storms, particularly at high tide. The area around the 9th Street Light Rail Station in Hoboken is one of those spots, some of which lies as much as 200 feet below sea level.

Due to the topography of the land and some poor urban planning dating back to the early 2000s, there are some storefronts, buildings and apartments nearby that flood during rainstorms due to water backups from the street. Because of this, the city took action last year by commencing construction of what engineers call a H-5 wet weather pump station. 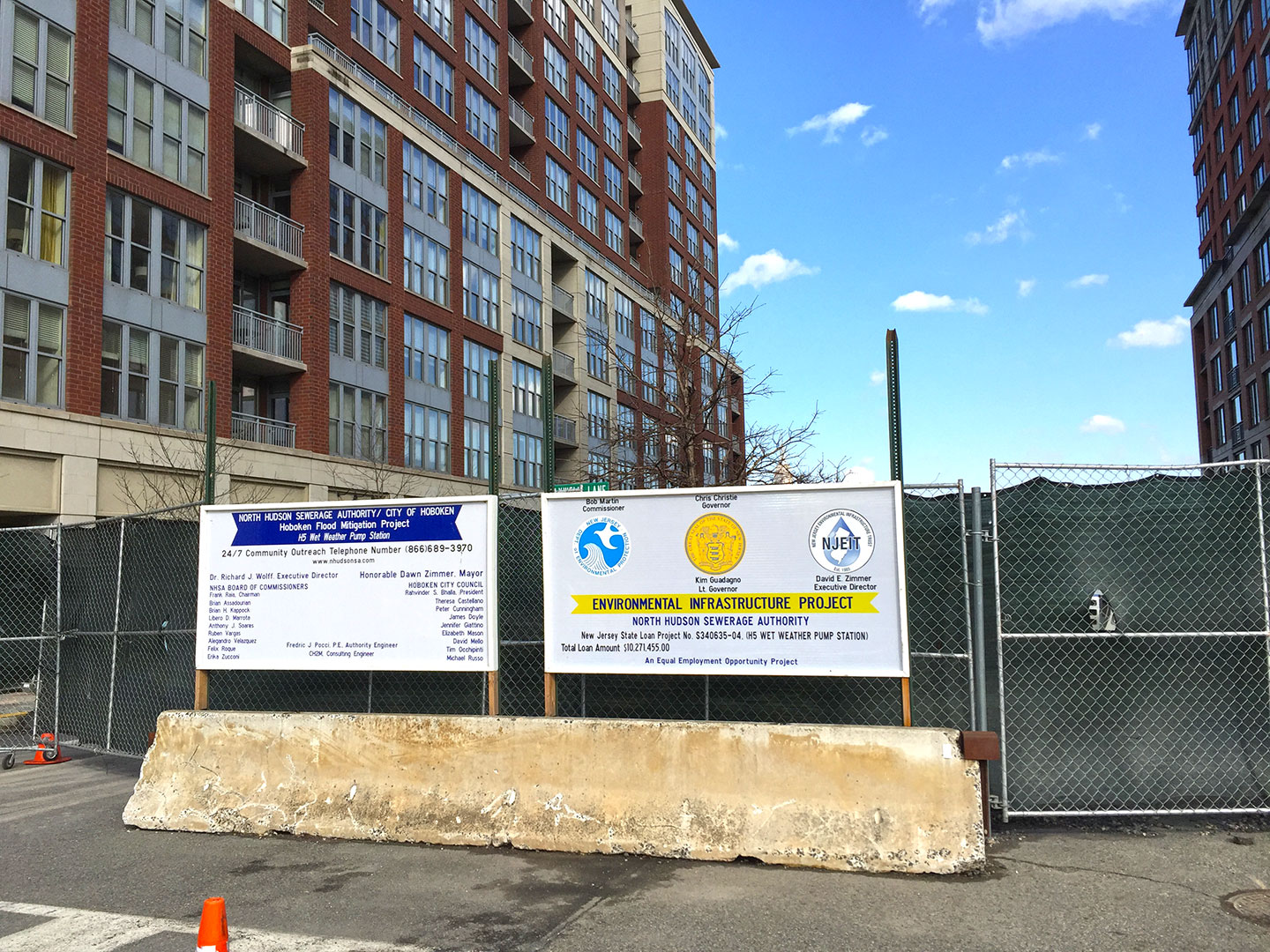 While the pump is designed to help an area next to the palisades cliffs, it’s actually being built underneath 11th Street near Maxwell Place just off the city’s waterfront. The North Hudson Sewerage Authority, the entity building the pump, says it will help prevent storm water from overflowing the sewer lines and flooding the city’s western streets by routing water from that neighborhood to an existing treatment facility underneath Hudson Street, before discharging it into the Hudson River.

When completed, the city says the $11.9 million pump will be able to handle up to 40 million gallons of water per day and have an emergency generator. The Authority says the pump should be completed in October this year.

One of the most significant changes following Sandy is FEMA’s creation of new flood zone maps for the tri-state area. The modernized maps, some of which had not been updated since the 1980s, created new requirements for building out of the flood plain. While elevating older homes out of harm’s way is unfeasible in most of Hudson county due to the significant presence of century-old brownstone housing stock, smarter development going forward can help keep residents dry no matter the weather conditions.

Considering these challenges, one might wonder if all this has caused developers to retreat from building in low-lying areas. The answer, for better or worse, is a resounding no. Newport, Liberty Harbor, the Powerhouse Arts District and western Hoboken have significant construction going on and all lie in some level of a FEMA designated flood zone. Homes in those neighborhoods actually sell for higher prices per square foot than ones in elevated areas like Journal Square or the Heights, which have little to no flood risk.

Since stopping development near coastal areas doesn’t appear realistic, a federal program called Rebuild By Design might provide some additional needed solutions to waterfront flooding. The $230 million program, designed by Dutch architects, would benefit Hoboken, Jersey City and Weehawken by potentially erecting storm walls and flood barriers on the waterfront and in other public areas. 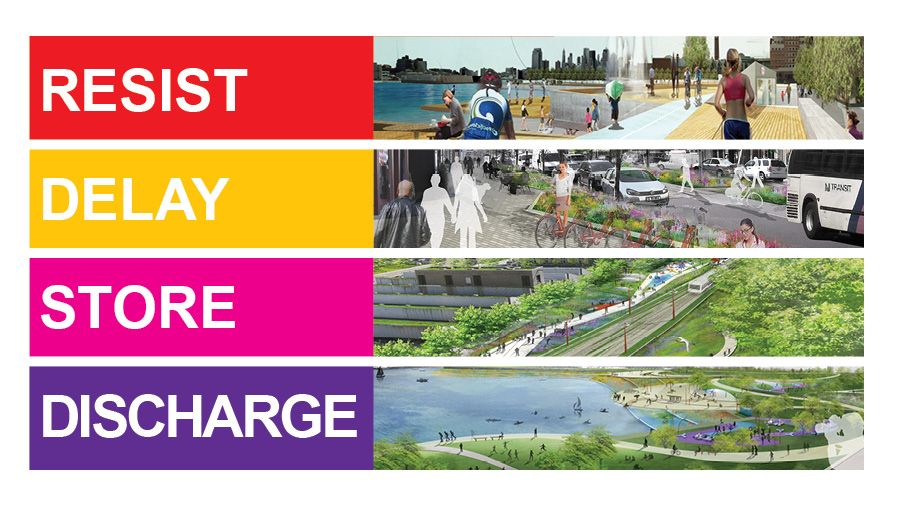 After some heated discussion about previous plans, three new options were presented last month by local officials. While the program may be a long way from realization, population growth in flood zones demonstrates a need to have serious discussions about lessening the impact of future storms.